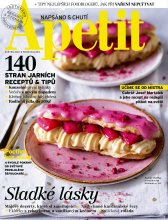 1. Preheat oven to 350 F (180 C) 2. Sift together flours, baking powder, baking soda and salt. Set aside. 3. Using electric mixer (hand-held is fine), beat butter until fluffy. Gradually beat in sugar. 4. Beat in eggs, one at a time, until batter is pale and light. Beat in vanilla. 5. Beat in one-third of flour mixture, followed by half the buttermilk, second third of flour mixture, rest of buttermilk, finishing with rest of flour mixture. Batter should be light and creamy. 6. Line 18 cupcake tins with paper liners. Fill with batter to about 3/4 of the liner. 7. Bake on middle rack of oven for about 30 minutes, or until tops are golden and spring back when gently pressed. Cool to room temperature before frosting. FROSTING 1. Beat whipping cream to soft peaks. 2. Scrape frosting out of can into large bowl. Fold in whipped cream until uniform and light. Fold in colouring, if using. Makes 2 1/2 cups Whipped Cream Frosting (frosts about 30 cupcakes)